What will make Vauxhall A Lovelier Place?

It could be argued that a great deal of development has got through  planning without a proper or engaged debate about the needs of the existing communities around  the Vauxhall Nine Elms development area (VNEB).

The VNEB development is 195 hectares- a colossal area- larger than Hyde Park and it is proposed that more than 16,000 homes will be built.

There will not be many more opportunities to  input into  the  overall planning picture  and this should be considered a last chance to really influence Lambeth to get the best solutions for Vauxhall. 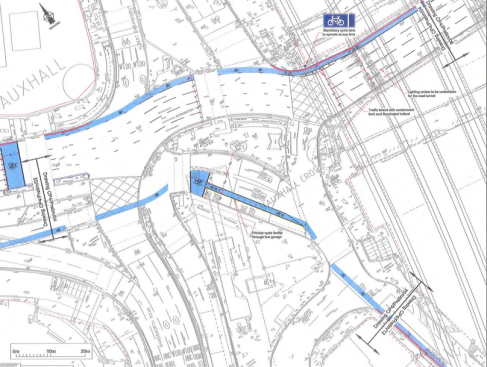 WHERE ? : The council is holding open days on Wednesday 14 and Thursday 15 March (3pm to 8pm) at Unit 13A, St George Wharf, Vauxhall SW8 2LL. All are welcome to share their views.

WHY ? : The council is currently preparing a supplementary planning document (SPD) for Vauxhall area that will guide development in that area for the next few years and it wants to hear people’s views about what the priorities should be.

The council is putting forward a number of ideas that will make it clear what kind of development will be welcome.

This includes the creation of a new public square that would provide a focus for the area, and the potential for replacing Vauxhall bus station with bus stops along a new high street lined with shops.

“We are determined that any future development in the area brings improvements and benefits for the local community,” says Cllr Steve Reed, leader of Lambeth Council

“We want to create a proper town centre in Vauxhall and remove the physical barriers, like the gyratory, that make this difficult.

“The SPD will set out what improvements local people and the council want, making it clear to developers what will be acceptable and how they will be expected to contribute.”

The council says it wants to wants to consider ambitious plans to remove the gyratory and reintroduce two-way to get a better balance between cars, walking and cycling.

Last year the Mayor of London Boris Johnson told the London Assembly that abolishing the one-way system would cost “in excess of £20 million”.

Last month Mr Johnson said: “TfL is continuing to work closely with the London Borough of Lambeth and the GLA to develop short and long term proposals to improve Vauxhall gyratory for all road users.

“There are currently a number of options that are being considered and discussions are continuing between the public bodies, landowners and other stakeholders, although no agreement on a preferred solution has been reached as yet.

“TfL hopes to be in a position to provide a further update by the middle of this year.